Foord was one of a number of NSW superintendents recognised on the day, with the association also handing out service awards to the following members:

At the AGM, Young Golf Club superintendent Dennis Young was also elevated to the Board. Although a non-election year, Young has joined the committee until next year’s elections following a vacancy left by Craig Wright who stood off the committee earlier this year. 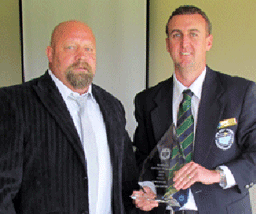